For Ireland, the BEPS MLI will enter into force in May 2019. 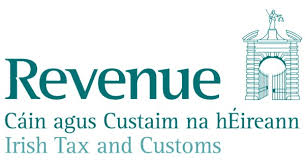 On January 29, 2019, Ireland deposited with the OECD the Instrument of Ratification for the Multilateral Convention to implement tax treaty-related measures to prevent base erosion and profit shifting.

The BEPS MLI also strengthens provisions to resolve treaty disputes, including through mandatory binding arbitration, which has been taken up by over 25 countries, including Ireland.

For Ireland, the BEPS MLI will enter into force in May 2019. Ireland has committed to cover 71 of its tax treaties under the BEPS MLI framework.

Finance Minister Paschal Donohoe said: “This is another example of the action Ireland is taking to tackle aggressive tax planning.  Ireland has always believed that aggressive tax planning is best addressed through co-operative multilateral agreements and I am delighted that we are depositing our Instrument of Ratification with the OECD today.”

The Minister added: “Once the Instrument is in force, it will significantly reduce opportunities for tax treaty abuse including bringing about the end of the so called ‘Single Malt’ structure. This completes the delivery of another important commitment set out in Ireland’s Corporation Tax Roadmap.”