Gurría also described the delivery of the OECD’s BEPS package in 2015 as one of the two “big bang” developments that transformed the global tax landscape in recent years. 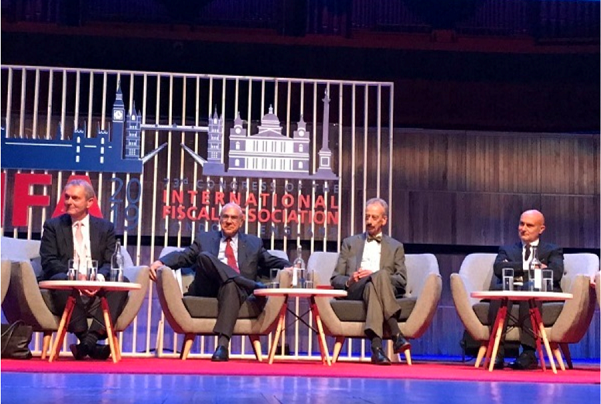 The OECD is working to deliver the third “big bang” in the global tax system, that is addressing the tax challenges of the digitalization of the economy, OECD Secretary-General Angel Gurría has said.

“The stakes are high and the pressure is on,” Gurría told the 73rd Congress of the International Fiscal Association (IFA), on September 8, in London.

Gurría told the IFA Congress: “So now, 73 years later, we find ourselves back in London, grappling with the tax challenges arising from the digitalization of the economy. The original BEPS Action 1 Report analyzed these challenges, but not all countries were ready to tackle them back in 2015.”

“Are they ready now?,” he questioned, adding that “the recent spate of unilateral actions, coupled with strong calls by the G-20 and G-7 for the OECD to find a global, consensus-based solution by 2020 suggest they are.”

“This is good news, and the OECD is working hard to deliver on this mandate,” he said.

Gurría said that 129 members of the OECD’s Inclusive Framework on BEPS have adopted a Programme of Work based on two pillars.

“The first pillar focuses on the allocation of taxing rights regarding nexus and profit allocation, with three different proposals that would modify the existing rules based on the concepts of ‘user participation, ‘marketing intangibles,’ and significant economic presence’,” he said.

“The second pillar,” Gurría added, “proposes a global anti-base erosion mechanism that serves as a backstop to the first pillar. It would give jurisdictions the right to ensure a minimum level of tax where income is subject to no, or very low, taxation.”

Gurría described the delivery of the OECD’s BEPS package in 2015 as one of the two “big bang” developments that transformed the global tax landscape in recent years.

He said: “When the OECD was in the midst of this massive undertaking, there were some who doubted, criticized and questioned our ambitious timeframe to produce the BEPS package.”

“Tax is at the heart of the OECD’s policy agenda, and we are counting on your continued support as we strive to make the global tax system fairer, more efficient, and equipped for an increasingly digitalised world,” Gurría told the IFA Congress.