The G7 (which includes the UK, the US, Canada, Japan, Germany, France, Italy, plus the EU) agreed the principles of an ambitious two Pillar global solution to tackle the tax challenges arising from an increasingly globalized and digital global economy. 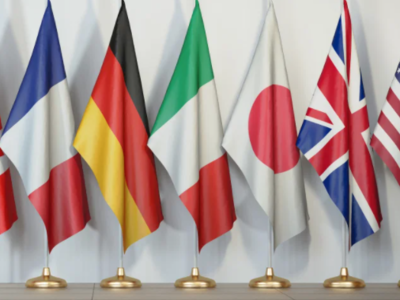 International tax took center stage at the June 5 meeting of the G7 Finance Ministers, where they agreed to back an historic international agreement on global tax reform, which would ensure that large multinational enterprises (MNEs) pay their fair share of tax.

Chairing the G7 Finance Ministers meeting in London on June 5, UK Chancellor Rishi Sunak rallied his counterparts to work together to tackle the tax challenges that arise from the global digital economy.

The G7 (which includes the UK, the US, Canada, Japan, Germany, France, Italy, plus the EU) agreed the principles of an ambitious two Pillar global solution to tackle the tax challenges arising from an increasingly globalized and digital global economy.

Under Pillar Two, the G7 also agreed to the principle of at least 15 percent global minimum corporation tax operated on a country by country basis, creating a more level playing field for UK firms and cracking down on tax avoidance.

Chancellor Rishi Sunak said: “These seismic tax reforms are something the UK has been pushing for and a huge prize for the British taxpayer – creating a fairer tax system fit for the 21st century. This is a truly historic agreement and I’m proud the G7 has shown collective leadership at this crucial time in our global economic recovery.”

Welcoming the agreement, OECD Secretary-General Mathias Cormann, said:  “Governments around the world need to be able to raise the necessary revenue to fund the essential public services and support that their populations require and expect, in a way that is efficient, least distorting and also fair and equitable. The combined effect of globalization and the digitalization of our economies has caused distortions and inequities which can only be effectively addressed through a multilaterally agreed solution.”

Cormann added: “Today’s consensus among the G7 Finance Ministers, including on a minimum level of global taxation, is a landmark step toward the global consensus necessary to reform the international tax system. There is important work left to do. But this decision adds important momentum to the coming discussions among the 139 member countries and jurisdictions of the OECD/G20 Inclusive Framework on BEPS, where we continue to seek a final agreement ensuring that multinational companies pay their fair share everywhere.”